Moremi Game Reserve has been described as one of the most beautiful wildlife reserves in Africa. It is the first reserve in Africa to be established by local residents. Concerned about the rapid depletion of wildlife in their ancestral lands due to uncontrolled hunting and cattle farming, the Batawana people of Ngamiland took the bold decision to proclaim the area a game reserve in 1963.

Moremi Game Reserve is situated in the north eastern area of Botswana and includes the Mopane Tongue and Chief’s Island, boasting one of the richest and most diverse ecosystems on the continent. It combines mopane woodland, acacia forests, floodplains, pans and lagoons.

Game viewing in the reserve is at its peak from May to November when the rainfall has dried up and the animals start moving towards permanent water. Elephant, buffalo, wildebeest and zebra are present. Antelope such as kudu, waterbuck and impala provide ample opportunity for the vast numbers of predators. Lion, leopard and cheetah can be seen as well as packs of wild dog and hyena.

Bird watching is spectacular with over 400 species of birds, many migratory and some endangered. Both Black and White Rhino have recently been re-introduced, now making the reserve a ‘Big Five’ destination.

Moremi Game Reserve is a very popular destination for self-drive campers. Rustic, unfenced campsites with basic ablutions are available within the reserve. There are also numerous luxury safari lodges inside the reserve and the surrounding areas. 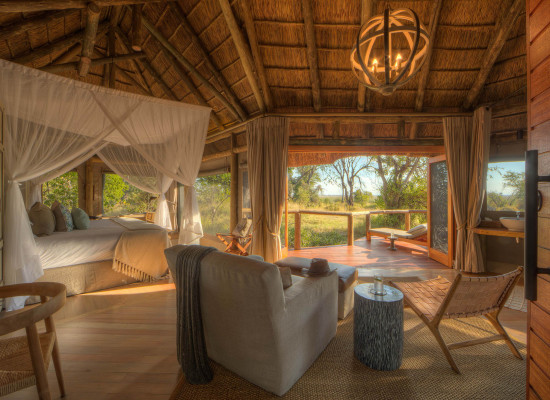 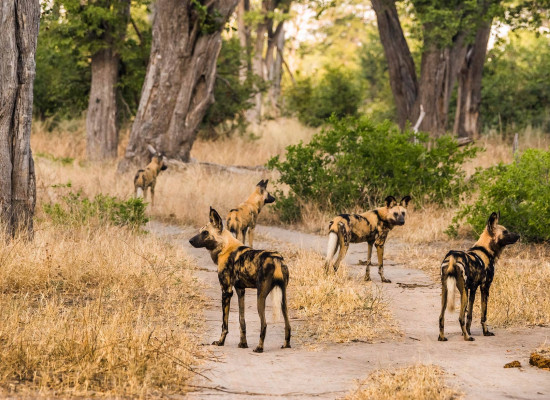