The Kgalakgadi Transfrontier Park (KTP) is situated in the extreme southwest corner of Botswana and adjacent to South Africa’s Northern Cape Province. This immense wilderness (37 000 sq kms) is now shared by both countries as a protected area, and is jointly managed. The national boundary with South Africa is along the dry Nossob river bed; and three quarters of the park lies within Botswana territory.

The entire park is completely unfenced, allowing for wildlife to move freely along the ancient migration routes so necessary for their survival in the desert. There are three main areas to explore: the Nossob River valley, along the South Africa/Botswana border, the wilderness trails on the Botswana side, and what was once the Mabuasehube Game Reserve, now incorporated into KTP at its most northeastern reaches.

To maintain KTP’s pure wilderness experience, there are strict limits as to the number of vehicles that can travel the wilderness trails, how many nights a camping party can stay at a campsite and how many people can camp at each campsite. Hence booking well in advance is essential.

Several species of antelope, including the ubiquitous springbok and gemsbok, hartebeest, and eland can be seen, as well as the famous black-maned Kalahari lion, jackal, brown hyena, and wild cats. Rich birding is always part of the experience. Over 170 species of birds have been recorded here.

There are campsites available within the park at the following sites:

These are very basic unfenced campsites with a braai area, pit latrine and bucket shower. Some campsites have a shelter for shade. A few have a water tap, but it is not guaranteed that there will be water available so it is necessary to always carry your own water. 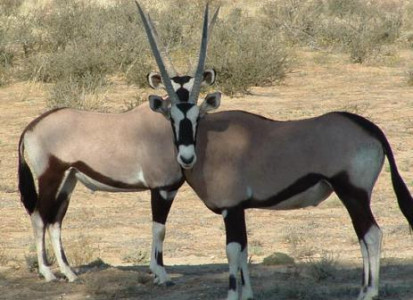 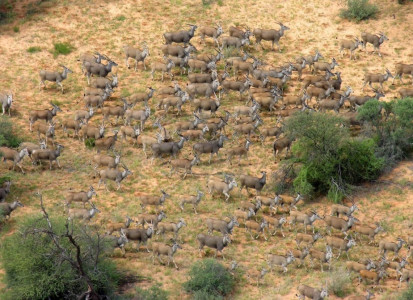 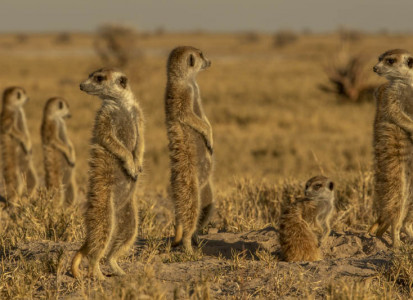 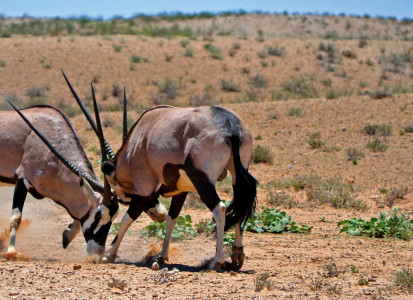